Plant a tree in memory of Leola
An environmentally-friendly option 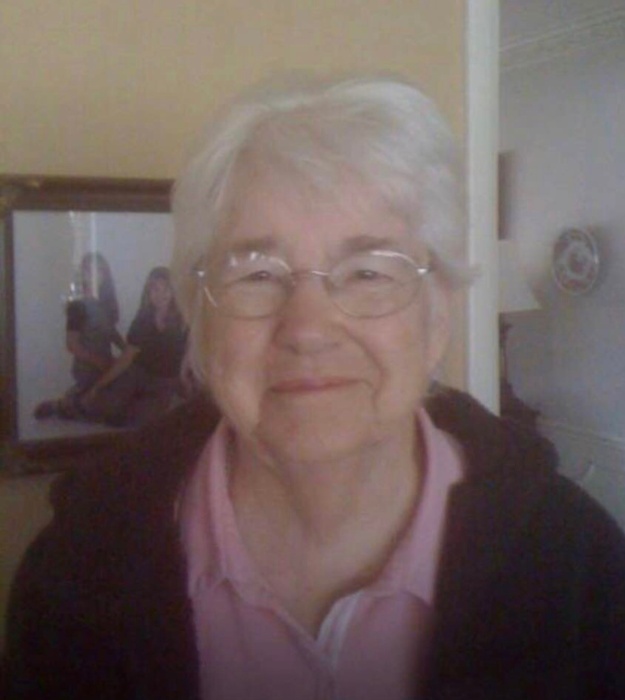 Lee was born February 4, 1930 in Voss Texas to John Henry Newman and Lela Pearl Pepper Newman. She was their fifth child. We believe she entered heaven Monday, March 29, 2021. Mother lived a life of integrity, strength, and a solid faith in God. Her life spanned 91 years. That length of life included her riding a horse to school, then many years later air travel to visit a grandchild across the country.
Mother told us she attended a one room school house at the age of four years old. She threw a major fit when her siblings went to school. The teacher allowed her to attend school at a young age. Thus, she graduated high school at 16 years old. While growing up, if her family was picking cotton she took care of her younger brother.
Mom shared with us her sister encouraged her to write a younger brother in law while he was serving on a ship in World War II. Mom refused. On a trip, by train, to Louisiana with her mama she met Jennings Doyle Faircloth. He was the 23-year-old young man she refused to write.  She traveled home and they corresponded through letters. One month after her 17th birthday he traveled by train and horse to marry her. Sisters married brothers. Through their life mom follow J.D. from one Dam site to the next.  As they move to many locations 5 daughters were born. When the fourth girl came, she said she cried because it wasn’t a boy.  On the fifth girl, she had given up her hope for a son. She later really liked her son-in-law’s.
Lee was widowed at 55. During her years alone she was strong, fearlessly independent, and loyal to family and friends. She had numerous jobs. She may be best remembered as the sweet smiling lady in Hunts Children’s Department.  A highlight of those years was going to Dallas market as a buyer. And her 70s she purchased a computer and learned to use it.  I’m certain the IT support techs have missed her calls.  She was very frugal, may be the only person to save money on Social Security.
Mother enjoyed yardwork, crocheting, feeding us roast with rice and brown gravy, reading, gospel music, gardening, sewing, laughing, sharing great memories, and just simply time spent with all the family, young and old. Her pocket always held Smarties for the little ones. She left us all books with our family history. Our mother was the solid foundation of our family. She influenced our belief in God, and instilled in us the value of family and unconditional love for one another. If you went to her with a problem her solution was “take care of it quickly, don’t think on it too long.”
We will be forever grateful for her influence.
She was preceded by her parents; brother, William Henry Newman; three sisters, Lou Faircloth, Susie Myers, and Sophia Holmes; her husband, J.D. Faircloth and son-in-law, Don Salzwedel.
Lee is survived by one brother, Darrell Newman (Bernice) and numerous nieces and nephews; five daughters, Janice Thornton (Larry), Phyllis Salzwedel (Don), Evyone Kay Ulich (Mark), Doris King (Art), and Charlene Dunn (Jim); nine grandchildren, Tony Thornton (Gwen), Sharla Bilyeu (Royce), Anna Sexton (Jon), Christopher Uhlich (Maiko), Kelly Rhodes (Johnny), Jenifer Gilliam (Wes), Brooke Hall (Jason), Hayley Kowis (Kenny), and Caroline Barrs (Alex); 22 great grandchildren, Larry, Clarissia, Shaun, Dakota, Grayse, Edward, Amelia, Ali, AJ, Kaiya, Anna, Lila, Audrey, Kate, Rock, Owen, Zack, Joel, Kelly Beth, Kenny Robert, Alex, and Andrea; and three great great grandchildren, Nicklaus, Wren, Blythe.


Plant a tree in memory of Leola by clicking here.
To send flowers to Leola's family, please visit our floral store.

Plant a tree in memory of Leola
An environmentally-friendly option

Plant a tree in memory of Leola

1 tree planted in memory of Leola

A Memorial Tree was planted for Leola Lucille Faircloth

Plant a tree in memory of Leola